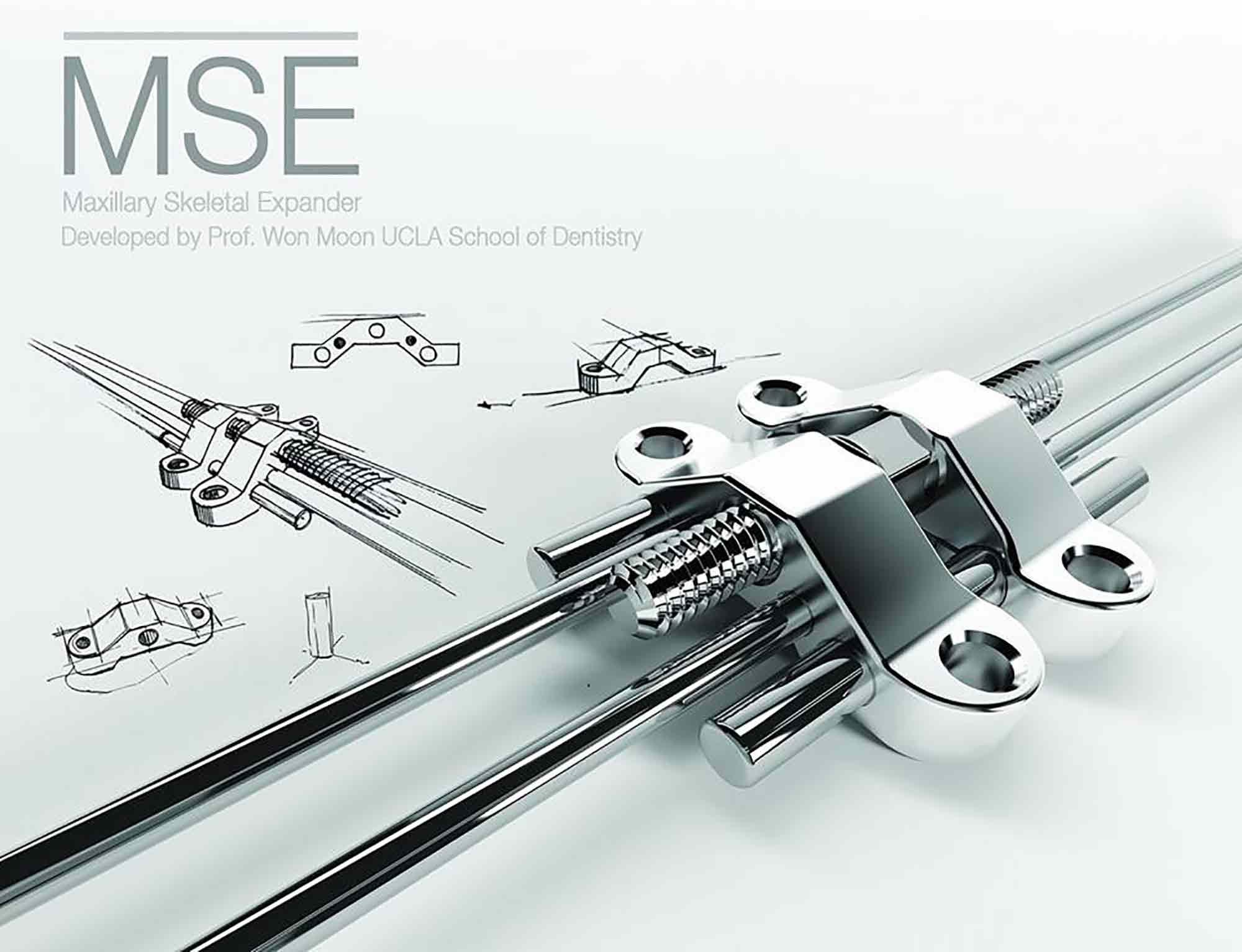 This excerpt was taken from: https://dbortho.com/blogs/orthodontic-digest/lectures-and-hands-on-session-with-mse-creator-prof-won-moon-achieve-even-maxillary-and-mid-facial-parallel-expansion

This event took place last May at the Radisson Blu Hampshire, Leicester Square—a must-attend for orthodontists with an interest in creating even parallel expansion of the anterior and posterior regions.

In his lecture, Professor Moon demonstrated how the MSE is set apart from many traditional expanders. He detailed the evolution of expanders, discussed the challenges associated with traditional methods, and how the MSE overcame these challenges. He presented many of his successful case studies, best practice and troubleshooting protocols for the MSE.

What is the MSE?

The MSE is a unique micro-implant assisted rapid palatal expander (MARPE). In approximately 2004, following the recent availability of Mini-implants in the USA, Dr Moon began investigating different methods of mid facial expansion. Following his early designs of MARPEs, and the growth of similar appliances globally, the term MARPE became a generic term, although designs and protocols differed greatly. The MSE was a natural development from the MARPE; it differentiated itself from the pack.

The MSE gives parallel expansion in both the anterior and posterior regions, in comparison to the v shaped anterior expansion created with traditional MARPE, Hyrax or other expansion devices.

MSE’s success lies in its bi-cortical engagement. The protocol for securing the MSI involves inserting four mini-implants into the palatal bone and the nasal cavity; creating effective parallel expansion, and creating more of a mid-facial expansion as well as a maxillary expansion. The MSE also creates relatively parallel expansion by expanding the inferior as well as the superior aspects of midfacial structure because of the bicortical engagements. This, in turn, maximizes airway enlargement.

Professor Moon also explained how opening the patients’ airways has improved the breathing and quality of sleep of many of his patients.

Combined with a face mask, the MSE becomes a powerful tool when treating class III patients. The MSE can create a significantly greater amount of forward movement of the maxilla; beyond the scope of traditional face mask approaches.

It promotes posterior force loading instead of middle or anterior loading. Traditionally, typically expanders are positioned more anteriorly, and the MSE is positioned in a more distal area – expansion is created into the nasal bone area and back into the zygomatic arch.

Professor Moon presented many clinical cases showing how the MSE has been used in the treatment of young, older and mature patients; even extending to patients in their 50’s. Dr Moon also covered common mistakes to avoid; including the recommendation of a manual driver instead of motorised, and the importance of choosing the correct length of mini-implant to ensure full engagement in both layers of the cortical bone.

Airway and Sleep Group hails the research provided by Dr. Moon and promotes the development of a healthy airway using the same principles of craniofacial orthopedics. Call 571-244-7329 to schedule a consultation.