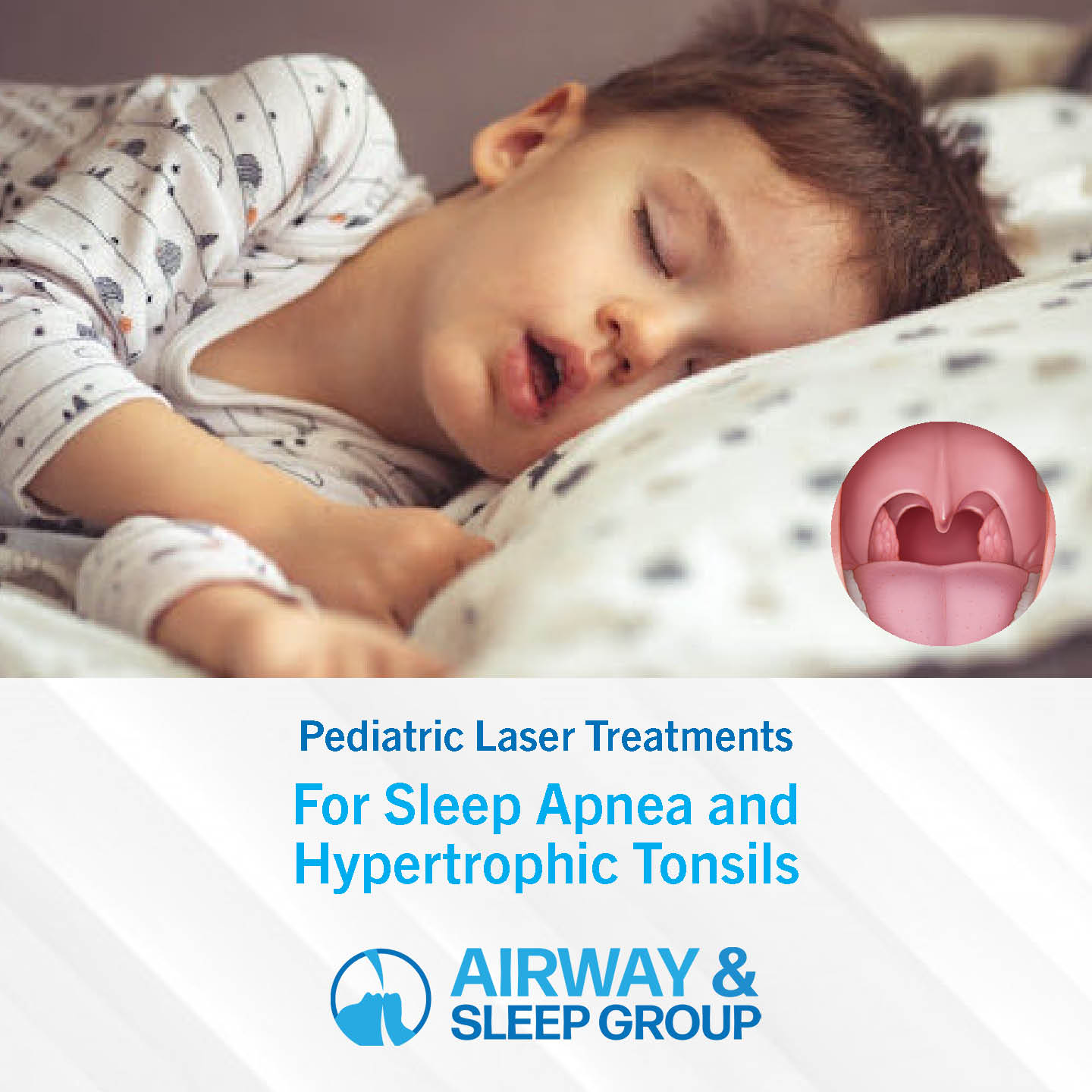 What Are Hypertrophic Tonsils?

If your child is suffering from inflamed or enlarged tonsils or obstructed breathing, your first thought may be that he or she needs a tonsillectomy. Thanks to alternative treatment modalities like laser technology, however, your child may not have to undergo invasive surgery. Simply explained, hypertrophic is the medical terminology for enlarged tonsils or tonsillar swelling.

Take a look at the latest pediatric laser treatments for sleep apnea and hypertrophic tonsils.

Symptoms of tonsillar hypertrophy can include:

“Most cases of obstructive sleep apnea in children are associated with hypertrophic tonsils,” cites an article in American Family Physician. “Hypertrophic tonsils can be caused by recurrent pharyngitis and local inflammation, especially in children and young adults.” Although tonsillar enlargement may be asymptomatic, enlarged tonsils can fall back and block the oropharynx, or the part of the throat at the back of the mouth. Unchecked, “tonsillar hypertrophy may also lead to respiratory and cardiac complications.”

Pediatric obstructive sleep apnea (POSA) is a common chronic condition that causes repeated episodes of a partial or complete collapse of the upper airway during sleep, resulting in a reduction or cessation of airflow. Because the person finds it difficult to breathe, they typically awake throughout the night. POSA is a significant medical problem linked with permanent cognitive functional loss, decreased emotional regulation, and growth stunting if not treated in children.

The benefits of the laser-assisted treatment include:

At Airway & Sleep group, we utilize Fontana’s family of high-performance LightWalker® and SkyPulse® surgical laser-assisted uvulopalatoplasty systems for the treatment of sleep apnea. The Fotona LightWalker® laser, previously used for inflammatory conditions and wound closure, is targeted specifically at the soft palate for mucosal contraction and keratinization. This approach has been reported to safely and effectively reduce symptoms and increase both airway volume by tightening and elevating the oropharyngeal tissues.

While treatment for adults with obstructive sleep apnea (OSA) is generally treated with air pressure machines, like the CPAP, the first line of treatment for pediatric patients has commonly been the surgical removal of hypertrophic tonsils and adenoids. But either a partial or full tonsillectomy has both short- and long-term risks. Short-term risks can include secondary hemorrhage, anesthesia complications, and tonsillar regrowth (partial removal). Long-term risks can include the development of respiratory infections and infectious diseases. Therefore, treatments that can reduce these risks are preferred—including the use of lasers to treat pediatric hypertrophic tonsils.

Dr. Liliana Calkins is a specialist in orthodontics and craniofacial orthopedics with the goal of improving sleep-disordered breathing. Through Airway & Sleep Group, she provides the latest laser technology for treating pediatric sleep apnea. If you’d like more information about pediatric laser treatments for sleep apnea, contact Airway & Sleep Group at 571-244-7329. You can also complete our convenient online form and someone will get back to you quickly.