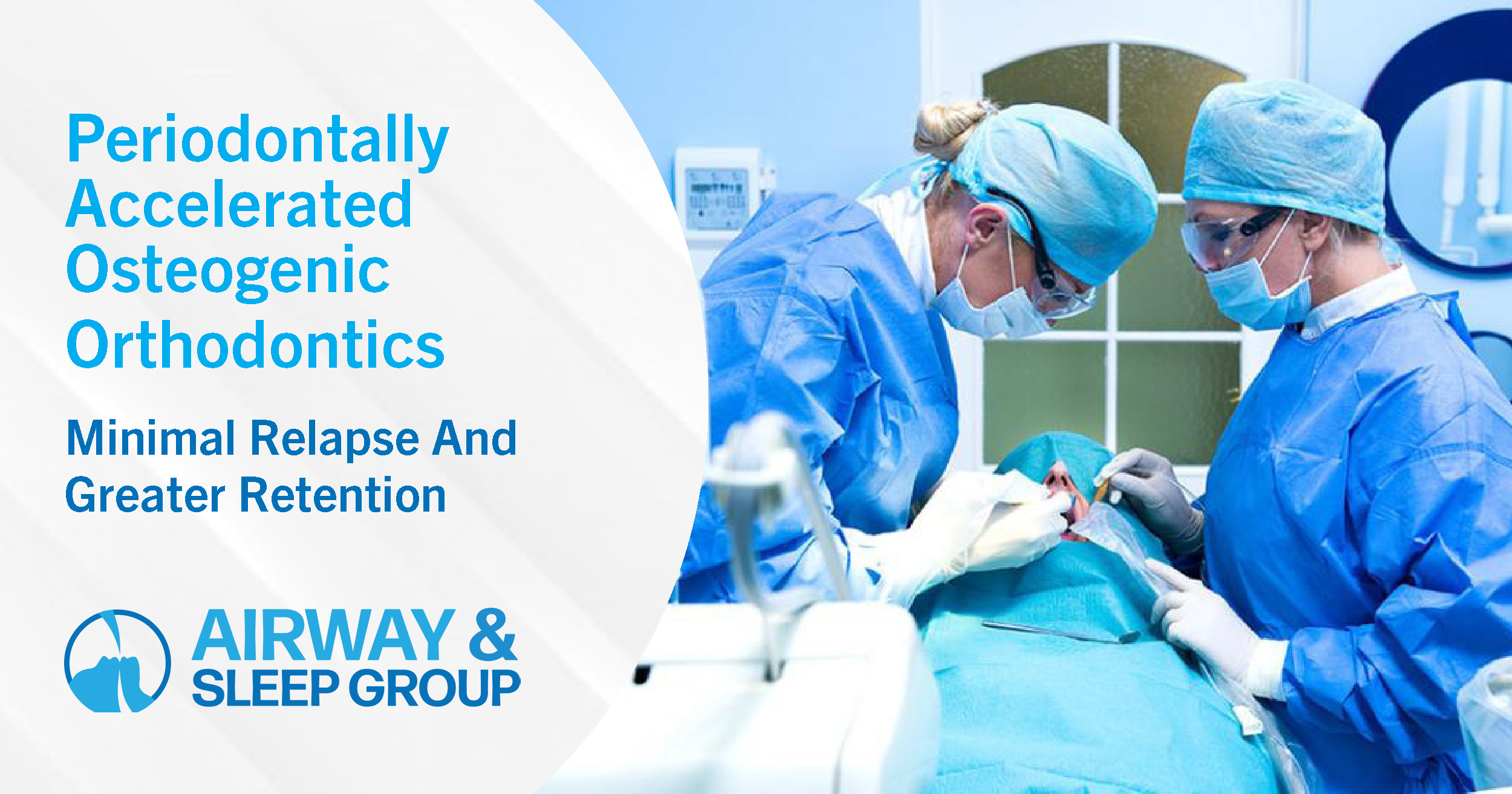 In a preliminary study of the Stability of the mandibular dental arch following periodontally accelerated osteogenic orthodontics therapy (PAOO), it concluded that PAOO therapy resulted in significantly greater improvements during the orthodontic retention period, as judged using the ABO-Objective Grading System on study casts and panoramic radiographs. The study scored for 8 criteria  immediately after orthodontic treatment and at least 1 year of retention.

• overjet, or when the upper front teeth protrude outward

• interproximal contacts, or the space that lies between teeth that is occupied by the gum, and

•root angulation, or the portion of the tooth that is buried in the tissues.

In the study, non-extraction orthodontic patients were treated to resolve crowding with PAOO and without PAOO during an average of 19.6 and 16.4 months, respectively.

Moreover, the amount of relapse following treatment was significantly greater in both control subgroups compared to both periodontally accelerated osteogenic orthodontics subgroups.

A Mann–Whitney U test (used to compare whether there is a difference in the dependent variable for two independent groups) showed that the two groups were statistically homogeneous at post-treatment but at retention, the PAOO group was significantly better for alignment.

Moreover, the Objective Grading System total score dropped precipitously (or improved) during retention in the PAOO group compared to the control group.

Preliminary retrospective university research indicates that the mandibular dental arch is more stable after PAOO therapy in comparison to traditional orthodontics.It is surmised that the remarkable stability following PAOO is due to substantial “memory” loss of periodontal tissues and increased cortical bone thickness due to alveolar augmentation grafting.

Periodontally accelerated osteogenic orthodontics is a relatively new procedure designed to minimize the time taken for orthodontic treatment. The orthodontist avails of the aid of a periodontist to perform decortication of the bone and places bone graft for rapid orthodontic correction of malocclusion.

To discover the latest innovations in orthodontic treatments that reduce treatment times and produce long-lasting, airway-beneficial and aesthetically-superior results schedule a consultation at Airway and Sleep Group.