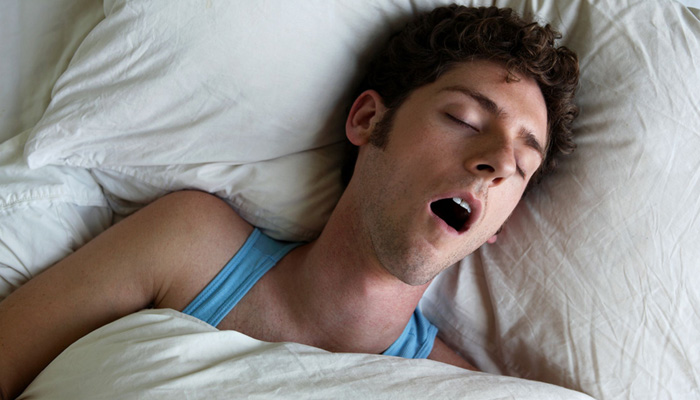 Against this background, we hypothesized that different kinds of oral flow (OF) patterns exist during sleep and are associated with distinct sleep related respiratory events. The aim of this study was to clarify the relationship between OF patterns, nasal airway obstruction, and obstructive respiratory events such as flow limitation, respiratory effort-related arousal (RERA), hypopnea, and apnea.

The Three Patterns of OF

This is the first study to describe the relationships among specific patterns of oral flow (postevent OF, during-event OF, and SpAr-related OF), nasal airway obstruction, and respiratory events during sleep. Both the postevent and during-event OF patterns were associated with respiratory events, possibly because mouth opening during sleep can increase the collapsibility of the pharyngeal airway, increasing the risk of airway obstruction. Indeed, both patterns were typically seen in patients with moderate or severe SDB. They are “apnea or hypopnea inductors” and are closely related. These two OF patterns periodically repeat in the presence of many obstructive respiratory events.

OF Hidden in Respiratory Events

Physicians should be aware that OF can be hidden in obstructive respiratory events. It is difficult, however, to distinguish during-event OFs due to nasal flow reduction from obstructive respiratory events. First, during–event OFs may cause an arousal through oronasal transition5 that meets the definition of a RERA or hypopnea. Second, during–event OFs could be accompanied by desaturation. Oral and nasal breathing may occur simultaneously, and during–event OFs accompanied by desaturation could be scored as hypopnea events. The fraction of time spent in NREM sleep significantly predicted during event OF incidence. One possible explanation for this finding is that there were episodes of flow reduction associated with OF that did not meet the criteria for obstructive respiratory events during NREM sleep, whereas apnea or hypopnea did occur

OF Patterns, the Nasal Airway, and SDB

Upper airway collapse during sleep may occur because of negative intraluminal pressure due to occlusion in the upper airway. The Starling resistor model, which works in accordance with the Bernoulli principle, explains this mechanism. The model predicts that an upstream obstruction in the nasal cavity generates a suction force and negative intraluminal pressure downstream at the pharynx under a closed-mouth condition. However, this model fails to take oral breathing into account. Mouth opening is associated with increased upper airway collapsibility during sleep.1 It has been reported that upper airway collapsibility and resistance during sleep were significantly higher in subjects who were breathing through the mouth than in those who were breathing through the nose, which is different from that seen during the conscious state.2,3 Other reasons for nasal breathing over mouth breathing during normal sleep are based on the physiological effects of decreased nasal airflow. First, bypassing the nasal airway can lead to reduced nasal receptor activation, deactivation of the nasal ventilatory reflex, and reduced spontaneous ventilation.

Douglas et al.12 found that nasal breathing activates nasal receptors, which have a direct positive effect on spontaneous ventilation, resulting in higher minute ventilation and resting breathing frequency. Furthermore, ventilation is significantly greater during obligate nasal breathing than during predominant oral breathing in normal subjects.13 Second, decreased nasal ventilation may result in reduced nitric oxide delivery to the lungs and reduced oxygen exchange capability.14,15 Nitric oxide is produced in significant amounts in the nose and sinuses, and has been shown to be a potent lung vasodilator that improves overall blood oxygenation.

Taken together, the balance of evidence suggests that the nasal route of breathing during sleep is physiologic. The physiology of the upper and lower airways and respiratory control encourage nasal breathing during sleep rather than bypassing nasal obstruction. If nasal airway obstruction is severe with high inspiratory resistive loads, nasal resistance exceeds a certain threshold and nose breathing is switched to oral breathing to bypass the nasal airway obstruction. This case of OF may be SpAr-related OF.

However, in patients with airways susceptible to collapse or habitual oral breathing, postevent or during-event OFs would occur and induce respiratory events. Nasal resistance is an important factor if it exceeds a certain threshold and triggers the switch to oronasal or oral breathing. Pressure receptors in the nose and other parts of the upper airway are responsible for sensing increased resistance to nasal airflow, and activation of these receptors alters the movement of palatopharyngeal, palatoglossal, and palatal elevator muscles, thereby changing the breathing route, but at a high physiological cost. Mild SDB may be attributed to an adaptive response to reversible nasal airway obstruction with a change in the breathing route.

However, the pathological role of the pressure receptors and their pathways in the nose and other parts of the upper airway is not fully understood, especially during sleep. Further exploration in this area is needed.

A limitation of this study is that we were not able to use the ideal methods to measure the parameters under investigation, namely, nasal resistance measurement during sleep by PSG and nasal and oral flow measurement with a sealed mask and two pneumotachometers. Nevertheless, our methodology clearly revealed distinct OF patterns and their relationships with nasal airway obstruction and obstructive respiratory events.